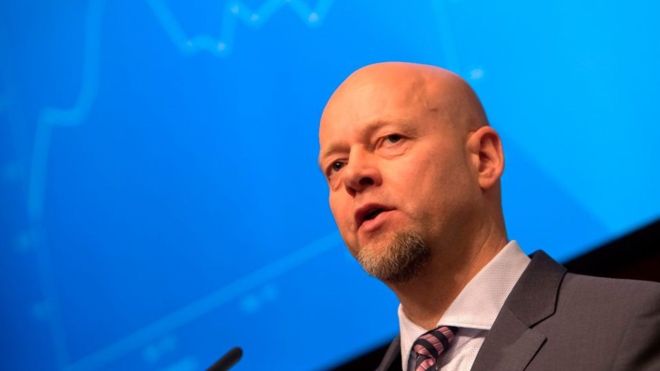 Norway’s giant state investment fund has said it will increase its investment in the UK.

The sovereign wealth fund, which has $1tn (£750bn) to invest from Norway’s oil and gas income, is already one of the biggest investors in UK assets.

Its chief executive has said that it will continue to be a “significant” investor in the UK, despite Brexit.

The fund takes a long-term investment view of 30-years and expects its UK investment to rise over that period.

“We foresee that over time that our investments in the UK will increase,” Yngve Slyngstad told Reuters.

Commenting on whether the risks associated with the UK’s decision to leave the European Union on 29 March had affected the fund’s investment plans, he said: “With our time horizon, which is 30 years plus, current political discussions do not change our view of the situation.”

The fund has investments in nearly in 200 UK properties and is a co-owner of London’s Regent Street.

It holds about £5.6bn in UK government debt, and is also a big shareholder in UK-based firms, with investments in 394 UK companies. The stakes it holds include:

It employs nearly 250 staff in London and Mr Slyngstad said he did not expect that to change even in the case of a no-deal Brexit. “We see no operational consequences of any possible outcomes,” he said.

The Norway fund is the biggest in the world. In 2018, the US attracted the biggest share of its money, followed by Japan and then the UK.

Normally the UK attracts a bigger share of the investment, but Mr Slyngstad said it was overtaken by Japan last year because the yen had strengthened against the pound.

The only other time the fund declined, since the first money was transferred into it in 1996, was when it fell slightly in 2002.

You can read the original text from BBC