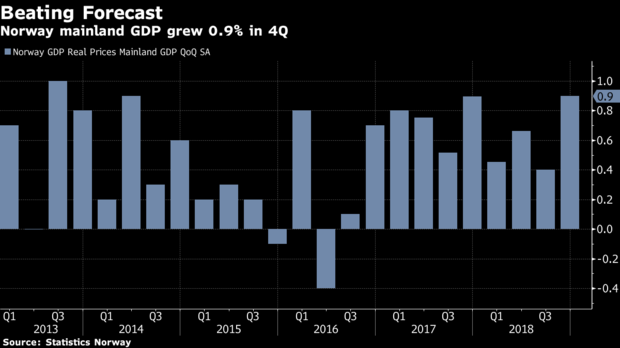 Norway’s economic growth accelerated more than estimated in the fourth quarter, reaching the fastest pace in more than four years, boosted by consumer spending in what were a weak three months for investments.

Mainland gross domestic product, excluding oil and shipping, rose 0.9 percent in the quarter, the most since June 2014, Statistics Norway said on Friday. A Bloomberg survey of 12 economists predicted an expansion of 0.8 percent, while the central bank forecast 0.7 percent growth.

You can read the original text from www.bloomberg.com